Micheal Young, owner of 4 Seasons, opened the business in August of 2004.  His passion for detailing dates back to when he got his first car in 1995 spending countless hours at the carwash with his friends getting the rides ready for the weekend.  Continuing his passion he started working in the wash bay at a dealership where he eventually became the detail manager. 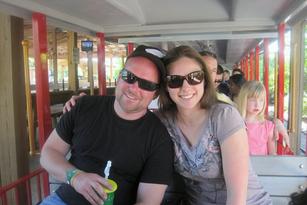 Mike eventually found his way into the United States Army as a reservist.  He spent time in training at Ft. Eustis after basic training GA.  After returning to the work force Mike was later deployed in support of Operation Iraqi Freedom in 2003.  Upon his return he went back to work only part time.  It wasn't until later a good friend of his mentioned he should open his own detailing business.  Thats exactly what he did.  Choosing to go the mobile detailing route, it became successful enough to do it full time.  Growing more and more and adding more services Mike opened a shop in Fredericksburg in 2006.  The shop grew rapidly and doubled in size over the years.  Now full time at the shop with a full staff, mobile detailing is no longer available although Mike says he may one day return to it.  Until then stop by the shop and see how he and staff can help you today!